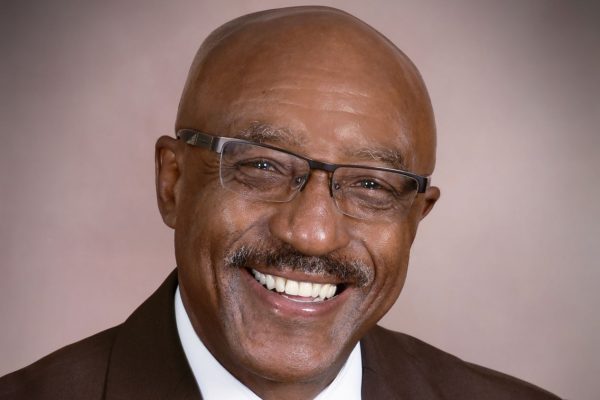 Prior to achieving the pastoral leadership of Macedonia Missionary Baptist Church, Pastor Harris served four years in the United States Air Force.  After his honorable discharge, he transitioned to Howard University in Washington, DC where he majored in Business Administration with a concentration in Accounting.  After his graduation from Howard University in 1974, Pastor Harris worked for many years as a civil servant with the United States Government.  He served in several accounting capacities such as:  the Interstate Commerce Commission in Washington D.C. and Nashville, Tennessee; the Defense Contract Audit Agency where he maintained offices at MacDonnell Douglas Aeronautics, Kennedy Space Center, Cape Canaveral AFS, Patrick AFB, Harris Corporation, and Northrop Grumman; and he was a Senior Auditor until his retirement in 1999.

Pastor Harris has served as the Senior Pastor of Macedonia Missionary Baptist Church in Melbourne, Florida, for the past 26 years.  During Pastor Harris’ tenure, he has made several church improvements, including computerizing Macedonia’s financial accounting and bookkeeping systems, upgrading the church’s audio-visual system, implementing a smart-classroom for student education and workshops, as well as other projects that are growing the church’s community.   Under Pastor Harris’ current tenure, several church ministries have emerged and expanded including Married Couples, Drama, Evangelism, Nursing, Women’s, Veterans Affairs, Audio-Visual and Publications ministries.

Macedonia’s continued growth prompted Pastor Harris to engage in capital improvement projects, including construction of the Rev. John W. Taylor Family Life Center which consists of Sunday school classrooms and a banquet hall which nourishes the church and the community.  As part of his vision to serve the community, Pastor Harris spearheaded the founding of the Macedonia Community Development Corporation (MCDC) to provide affordable housing within the vicinity of the church. Since September, 2011, the MCDC has completed and rented four single-family affordable homes and a duplex structure for families and single mothers in need.